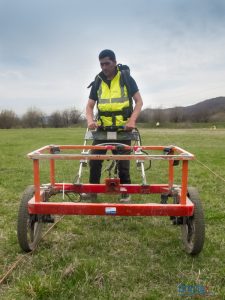 Geophysical scanning through electromagnetic methods in time domain for the detection of buried metal objects in order to start construction work at two photovoltaic parks near Brasov city.

Following the scan performed was detected and located a network of oil pipelines belonging CONPET Company. This network does not appear on the original map and thus managed to avoid possible problems that may occur during construction or operation period of the solar park. 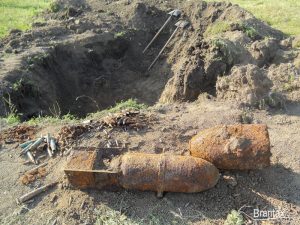 When developing and designing a photovoltaic park is taken into account, especially in areas that are dangerous, mostly around Ploiesti town, the possible existence of buried unexploded bombs.

Using geophysical methods we conducted a four-channel electromagnetic scanning and after that we mapped to locations of possible unexploded bombs. Following decontamination were extracted five unexploded bombs caliber 105 mm and numerous fragments, some of them still dangerous.

Geoelectrical investigations were performed in order to establish local geological and hydro geological conditions in the vicinity of the berth port of Oltenia. We have executed several geoelectrical profiles both on land and water in multielectrod system.

In some locations the results were clear and interpretable but there were locations where geophysical signal was strongly disturbed by artificial elements buried or surface rail, electric rates, barge docked. The results helped to complete the picture of local geological structure. 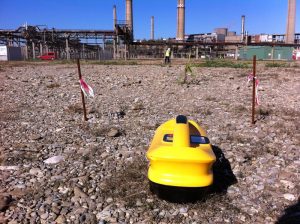 Mapping of buried utilities and electrical lines in order to avoid the occurrence of accidents and damages during the execution drilling research. Since the investigated land was located in an industrial site, the presence of numerous metallic elements made it impossible to use electromagnetic equipment in time domain and vertical magnetic gradient method.

Georadar (GPR) method was also impossible to use because of the land deformation, boulders layer and gravel surface; all these prevent coherent  and interpretable signal reception. Under these condition we used only electromagnetic induction locator with different frequencies signal. The results  were very good and penetration of passive and active cables or pipelines were avoided. 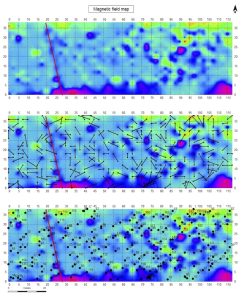 Geophysical investigations through vertical magnetic gradient for highlighting and positioning buried metal objects. Since the land presented many anomalies we used electromagnetic locator with passive and active signal. In these condition has been identified electrical line that crossed the perimeter and buried concrete blocks. 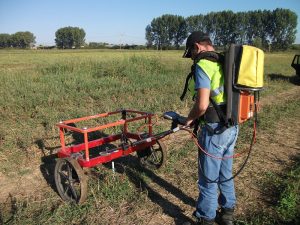 For investigating a perimeter of 16 ha, an EM61MK2 was used, a highly effective tool for such explorations and a RTK GPS with high precision for determining the exact measurement paths. The results of these investigations emphasized the areas with a high potential of risk for performing excavation or drilling research. 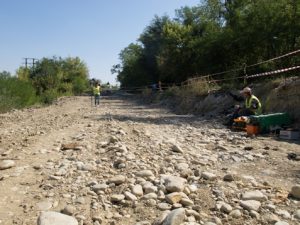 Geoelectrical investigations, namely electrical tomography, in order to determine the local geological and hydrogeological conditions which favored a landslide on the national road DN6B, Stoina-Hurezani.

Investigations have revealed a possible slip plane and the particular geological conditions of the area. These investigations helped draft the design of future geotechnical drillings and works for land stabilization.